On Sunday, December 29, 1996, Elder Jay Gooding Sr. accepted the call from God to “Step Out on Faith, and Feed My Sheep”. On that Sunday the doors were opened at 1234B East Gun Hill Road, Bronx, New York, twenty five (25) people joined the ministry on that day. Pastor Gooding’s sermon that day was “I Don’t Know Where I’m Going, but I Know Who’s Leading Me and Where He Leads Me, I’ll Follow”.

On December 8,1998, a fire took place next door to Fellowship Tabernacle, and just as Jesus was with the “Hebrew Boys” in the Fiery Furnace, so was he with Fellowship. Not only was there no damage to the sanctuary, Fellowship acquired the facility next door, thus the expansion of 1234A and B, East Gun Hill Road. Fellowship became a part of the First Ecclesiastical Jurisdiction of Eastern New York under the leadership of Jurisdictional Prelate, Bishop James Henry Gaylord, after the Home going of Bishop William Robinson, Elder Gooding was appointed by Bishop Gaylord to succeed him as the “District Superintendent” of the “Bronx Glorified District"  (which Superintendent Gooding renamed “The Bishop William Robinson Memorial District”). Fellowship has been a beacon of light in the Gun Hill Road / Northeast section of the Bronx. During the Thanksgiving season, they have supplied turkey dinners to needy and deserving families in the community. Fellowship hosts an annual Open Air Crusade
(“Taking It to the Streets”) every August on Gun Hill Road, where hundreds of souls have accepted Christ as their Savior. Fellowship continues to grow and has a diverse membership.

In February of 2009, Superintendent Gooding was appointed by his father, the late Bishop Ceacer Gooding as the pastor of Miracle Revival Temple. (1555 Macomb's Road, Bronx, N.Y.) His mother Evangelist Josephine Gooding serves with him as co-pastor.

“We’re Better Together” One Church 2 Locations”

Miracle Revival Temple was founded June 1, 1969 at 2098 Amsterdam Avenue, on “Sugar Hill” in New York City when our founders, Bishop Ceacer Gooding and Evangelist Josephine Gooding stepped out on faith and answered God’s call on the first Sunday in June. Twenty six members joined the church.

For over twenty (20) years, Miracle Revival Temple had a radio broadcast, where Bishop Gooding could be heard preaching and praying for people everywhere. Because of his anointing in prayer over the radio, he became known as “Gods Miracle Man of Faith and Power.” Out of this ministry, many pastors and successful ministries have been born including that of their youngest son, Supt. Jay Gooding who is the founder and pastor of Fellowship Tabernacle Minis- tries C.O.G.I.C. which was established on December 29, 1996.

In March of 1999, Bishop Ceacer Gooding due to illness became incapacitated, however our co-pastor, Evangelist Josephine Gooding continued the vision given to them by God in 1969. On February 15, 2009, Bishop Ceacer Gooding appointed Superintendent Jay A. Gooding to the pastorate of Miracle Revival Temple and on June 7, 2009, he was installed as the pastor of Miracle Revival Temple. Henceforth his ministry became, “One Church, 2 Locations”.

On April 2, 2014, the Lord called our beloved Bishop Ceacer Gooding home to receive his heaven- ly reward, heaven is rejoicing.

Miracle Revival Temple was officially accepted into the Church of God in Christ 1st Ecclesiastical Jurisdiction of Eastern New York by the Jurisdictional Prelate, Bishop James H. Gaylord on December 13, 2014.

“We’re Better Together” One Church 2 Locations” 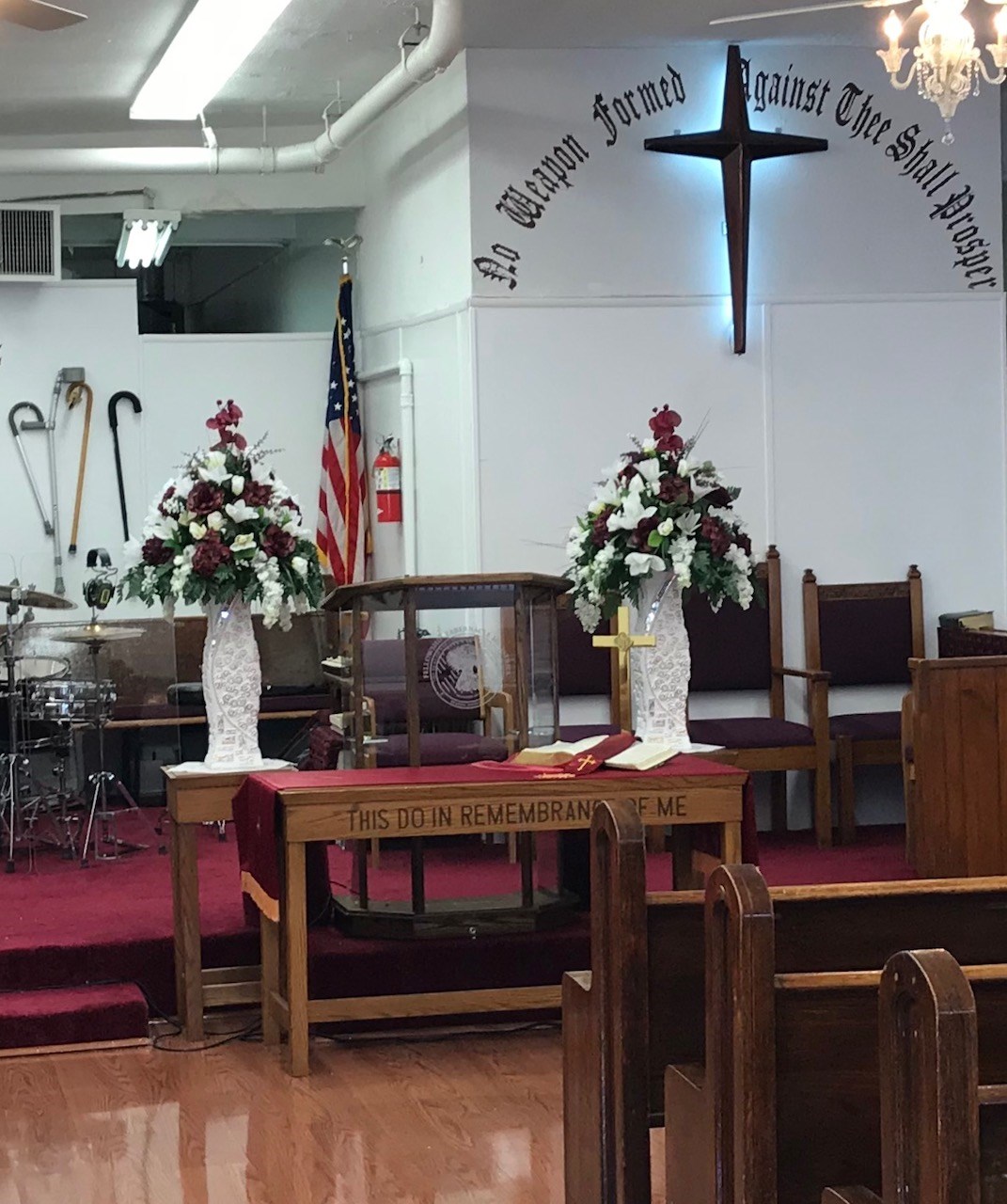