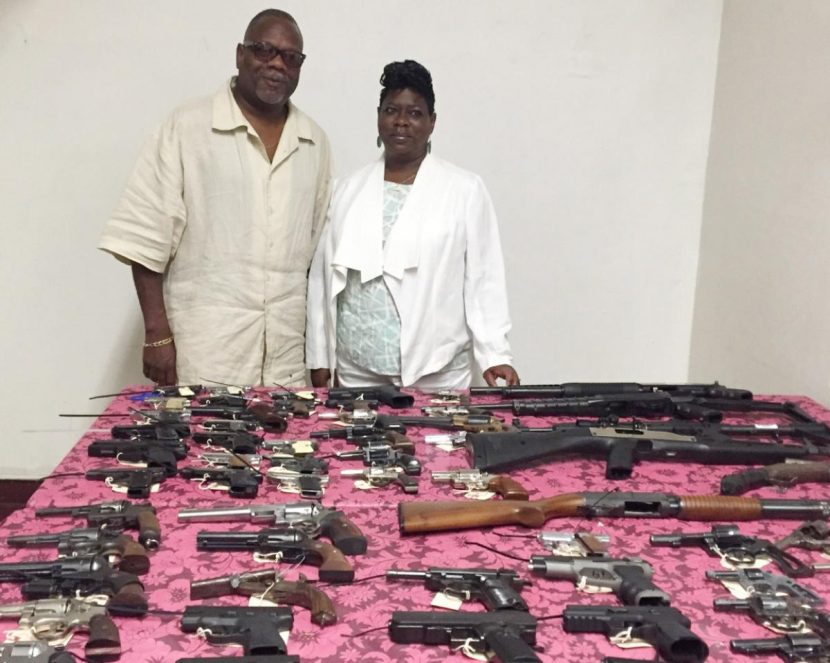 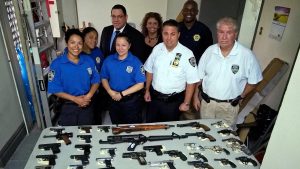 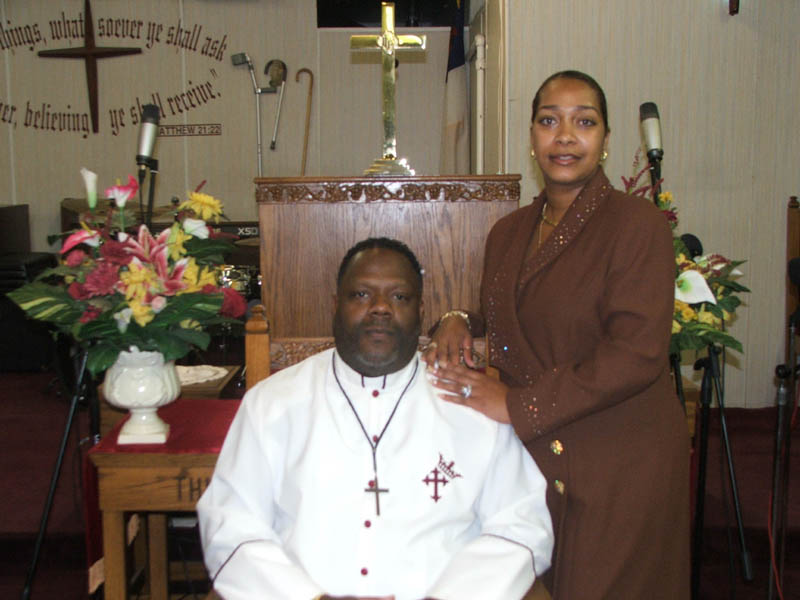 We’re living in a day, when the unbelievers are not walking through the church doors like they were forty years ago.  A day when our young people do not know about the choices of good or evil; choices of right and wrong.  Choices of God and Satan, they have only seen one side in our urban communities.  Drugs, killing, robbings, cursing, sexual immorality, unwanted by fathers, unloved by mothers, this is what they see on a daily basis.  This is why the Church must realize our work is outside the gates.

I truly thank God for what he has placed in my spirit and in our ministry at Fellowship Tabernacle Church of God in Christ.  You may ask what is it? One word Evangelism.  The definition of Evangelism is taking the gospel to the unbelievers.  Our ministry started from a choir going into the prisons, drug rehabs, and streets, letting dying lame men and women know they can have life and that more abundantly with Jesus Christ.  Now don’t get me wrong conferences has its place in the church, but if it’s not preparing us to be fruitful in witnessing (which we are commanded by Christ to do) (“Go into the highways and hedges compelling them to come”) to the unbeliever.  Well then conferences just are not helping.  Every conference should encourage us to the realization that the work is outside the gates.

Here at Fellowship we are preparing for out annual crusade “Taking it to the Streets” where we’ll be having a three night crusade on Gunhill Road August 24-26.  We believe God for lame souls to be saved, lame backsliders reclaimed, lame drug users delivered.  Then we can be like Peter and John, letting the lame know, that we may not have what you want, but we have what you need, J-E-S-U-S.  Rise up and walk, then just as Peter, John and the lame man praised God together in the temple.  We too can praise God with the lame men and women inside the temple.

So let us, as the church also rise up, and realize that the work is outside the gates. 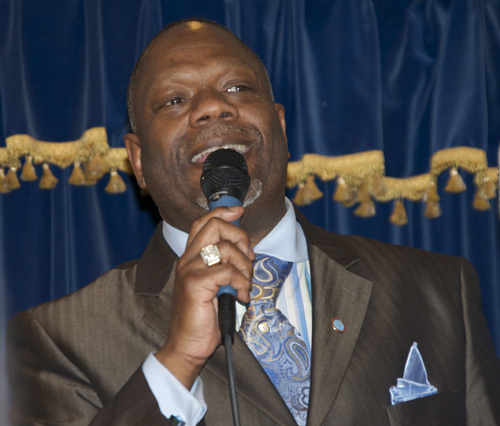 “Gooding is Director of Community Outreach for Jacobi Medical Center’s Stand Up To Violance Program”  by Patrick Rocchio, Bronx Times

Pastor Jay Gooding Sr. is on a mission to stop gun violence, and to spread the “good news” of the gospel.

While leading and providing spiritual sustenance as pastor of two churches – Fellowship Tabernacle in Williasmbrdge, which he founded 17 years ago, and Miracle Revival Temple near the Grand Concourse – he is also one of the leading lights in an anti-violence program based out of Jacobi Medical Center called Stand Up to Violence.

The anti-violence initiative employs people to try to prevent retaliation when shootings happen in communities and Gooding, 52, leads rallies within 72-hours of gun violence to urge a stop to bloodshed. The program, also referred to as SNUG (‘guns’ spelled backwards), was founded earlier this year by Senator Jeff Klein with other elected officals and medical, religious and community leaders.

“I have been called on through pastoring to help families who have lost loved ones tragically,” said Gooding, adding that he was asked by Senator Klein to be a part of the program.

“I believe in ministry, and I look at ministry as being able to serve,” he said of his work. “The reward that I get is being able to serve and maybe save a life. I do about 200 funerals a year and I am tired of burying our young people. But if we can bring ‘life’ to them, and save a life, that is the greatest thing we can ever do.”

Gooding came from a church family. He is the son of the late Bishop Ceacer Gooding of Miracle Revival Temple. His father was pastor of the temple until 2009, when Gooding became co-pastor there with his mother Josephine Gooding. Both houses of worship are now referred to as “one church in two locations.”

His entry into ministry was partially through gospel music, he said. He began playing the organ at age of five, and became the organist at his father’s church when he was 11. While in his teens, he played football for DeWitt Clinton High School.

From 1984 through 1987 he was a member of the award-winning gospel music group “The Ecstatisti­cs.” His music ministry led him to establishing a community choir: “Jay Gooding and the Fellowship” in 1991. The choir has recorded five albums, including a track called “No Stopping Us Now – The Remix Project,” which was a number one single on a countdown of WTHE, a gospel music radio station.

While at times he never thought he would become a pastor, music helped lead Gooding back to God, he said. He preached his first sermon in 1993. Today, he is a Bronx superintendent for the Church of God in Christ.

His community service is extensive, including: president of the 49th Precinct Clergy Council, the executive board of the 44th Precinct Clergy Coalition from 2002 to 2008, executive of Chaplains Helping in Police Situations (C.H.I.P.S.), and now director of community outreach for SUTV. He is the recipient of the 49th Precinct Community Council’s Tom Twyman Citizen of the Year Award for 2009, and NYPD 2013 Partnership in the Community Award.

He is married to Nicole Stacey Ann Gooding, and has four children and five grandchildren. Gooding said that his motto is “life is a gift from God; what we do with that life is a gift to God.”

To learn more about Gooding and his ministry, visit: www.fellowshiptabernacleministriescogic.org 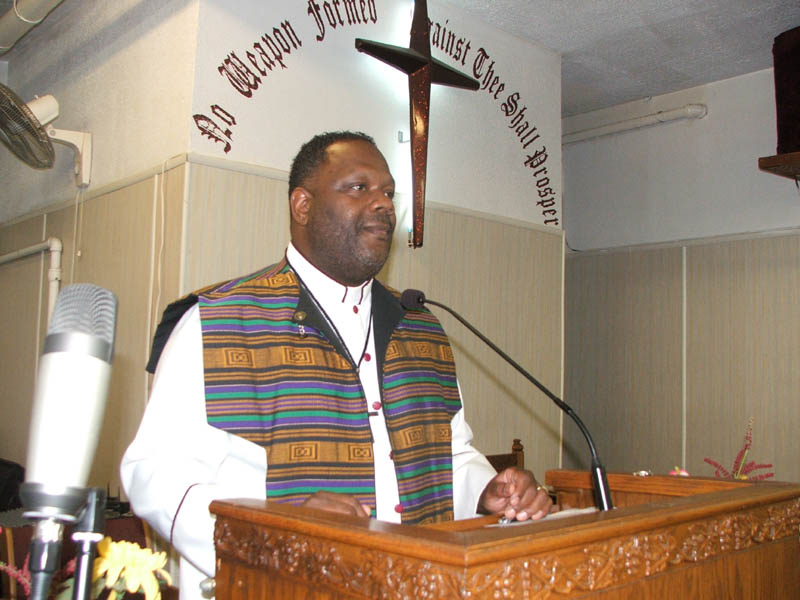